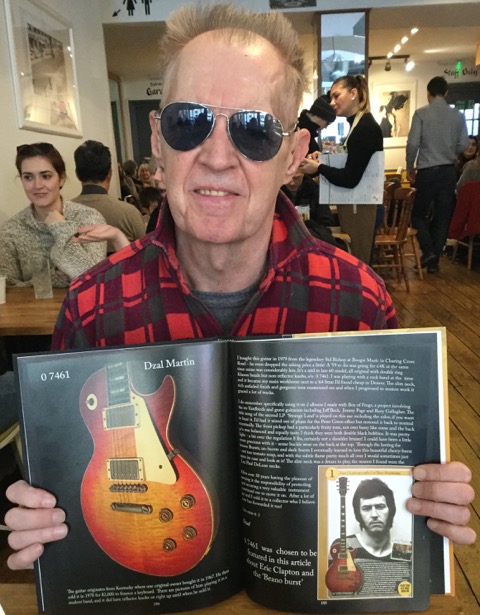 I was contacted to tell tales and share pics of my now (ex) vintage 1960 Gibson Les Paul Standard that I sold for loadsa money – it was getting too valuable to protect and I had had many good times with it.

The guitar features in Volume IV of ‘Burst Believers’ by Vic Da Pra and David Plues, check on Amazon if interested – not cheap but a great tribute to these beautiful guitars. Page 194 if you come across it anywhere. Mine was a good’un with some associated stories – I used it on both Box of Frogs LPs, as you see from the inset picture it was used to illustrate the legendary Eric Clapton ‘Beano’ guitar.

Which leads me to:

I also had a yen to upgrade my replacement 2002 Les Paul and lo, old pal Gary Grainger from Rod Stewart’s band called to see if I was interested in a 1960 True Historic Gibson L.P he was moving on.
I was – and after an afternoon of guitarist anorak gossip I drove home with a new/old guitar! It’s fab- have a dekko at the picture. 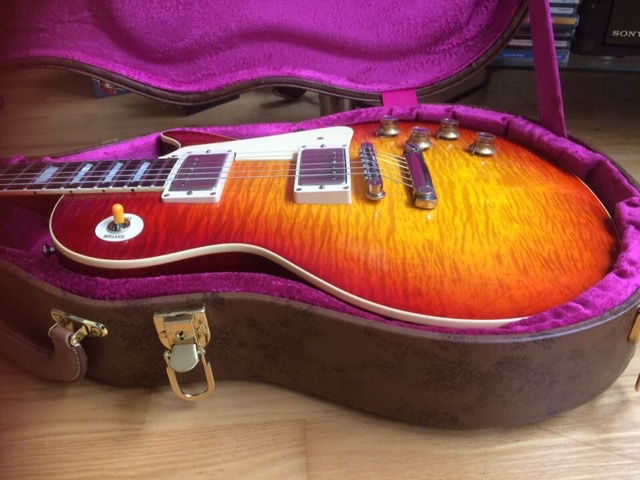 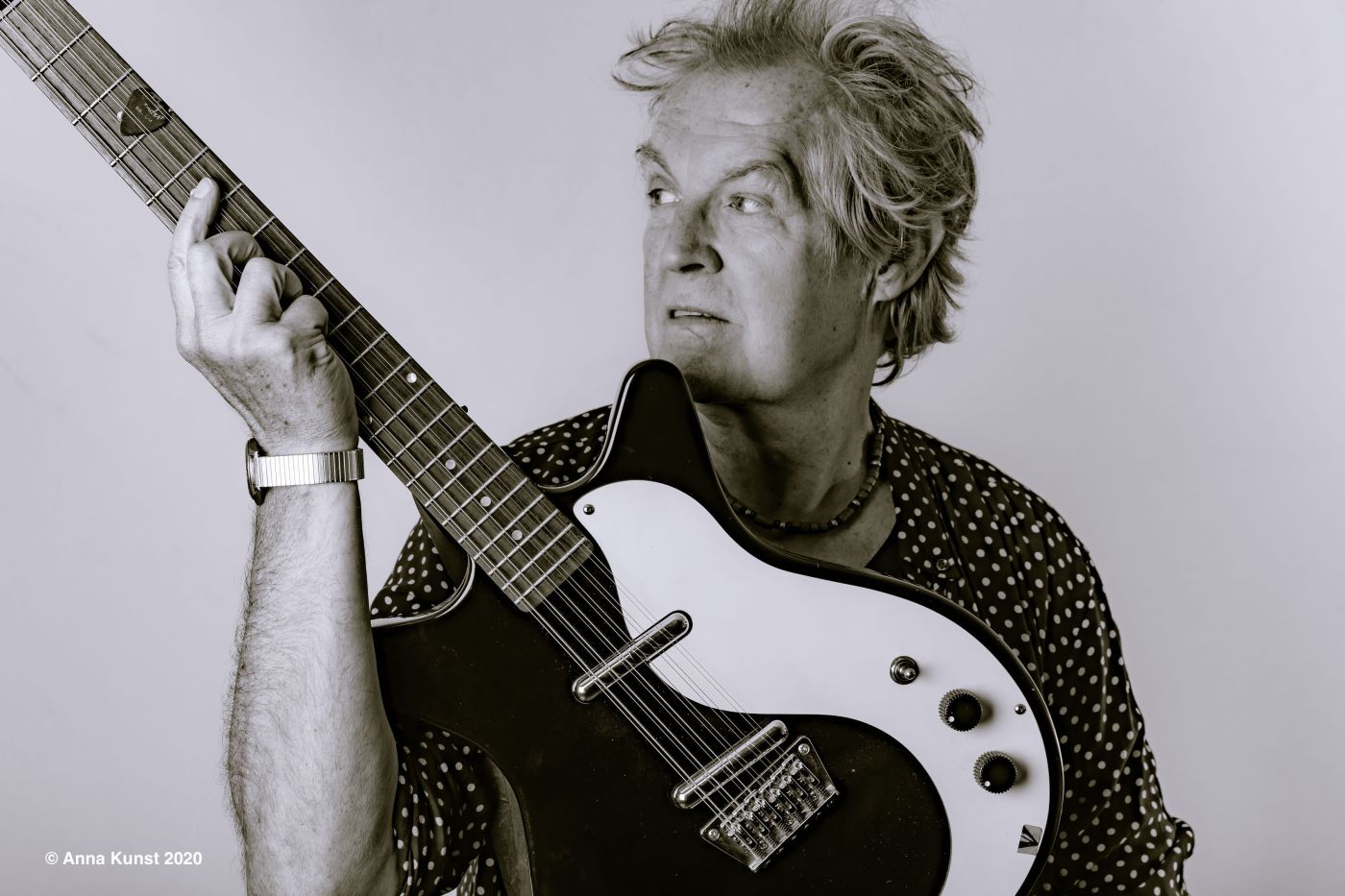 Another year of live gigs with the renewed Equals – The excellent Nathan Boyce Watson came in as our new singer and added keyboards Mark Haley have given the band a huge shot in the arm- jaunts to Germany,France and Belgium and, after 25 years, the UK!

Commitment clashes prevented me from playing with legend Terry Reid this year but we at least met up, which was nice.

My ‘Drawing Horses’ album has been selling and to my amazement everyone has liked and been very complimentary about it. There’s a link to the Bandcamp page to access it on the home page here.
Fascinating to hear comments and comparisons (I hadn’t thought I sounded like George Harrison for instance!) The nearest that I aspire to (and I wish!) -would be a Don Henley album.One day.
While on that subject, I have at last finished a video for a different version of one of the tracks -it was recorded fairly live acoustically with added fiddle-and I love the fact it’s almost like a bonus track . There’ll be news of its ‘release’ on here so watch this space…..

New Version of Somebody Left Me

Here is my brand new version of my ‘Drawing Horses’ album track, ‘Somebody Left Me’. Completely re-imagined with a new arrangement recorded, filmed and edited in a basement in Colchester.

Below is a short interview with Dementia Help founder, Christina Neal, discussing bereavement and loss:

If you are affected by dementia, please head over to Dementia Help where you can find plenty of information and support.

Check out the EPK for Drawing Horses

Up and Down with Jo Burt

Take a look at the new Jo Burt video ‘Up and Down’ from his up coming album ‘Spontaneous’. Has been great fun making this album with the Burt crew. 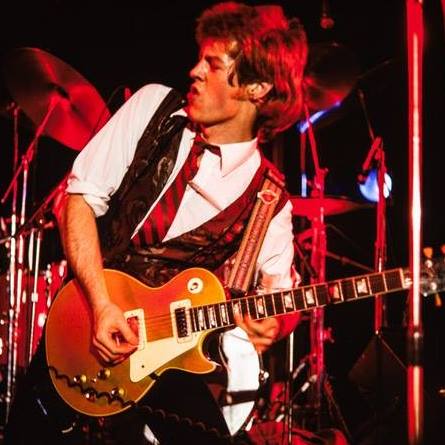 Hi, Y’all. I promised myself to get pro-active in the new year and DRAWING HORSES is now available via Band camp , there is a link on here.
It was a joy to make, a large learning curve, and necessary for me to up my singing game somewhat, I’m really happy with the end product.
So far the response has been startlingly favourable all round and folk have dug into their pockets and bought it!
Thank you all that have and I hope that more will join the queue 🙂